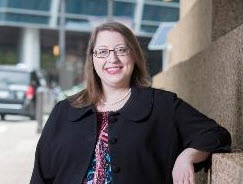 What is Texas' court structure?

Trial: The trial level, or local, courts are the most numerous, consisting of over 450 state district courts, over 500 county courts, over 800 Justice of the Peace courts, and over 900 municipal courts. These courts handle the vast majority of legal matters in Texas. For more information about Texas trial courts, see here.

Supreme: Unlike most states, Texas has two courts of last resort, also called supreme courts. Like the appellate courts, these courts consider cases that are appealed from the lower courts. They also hear cases appealed from the federal Fifth Circuit courts. The Texas Supreme Court hears civil appeals, while the Texas Court of Criminal Appeals hears criminal cases, including death penalty appeals.

Appellate: Texas is part of the Fifth Circuit Court of Appeals, which hears all appeals from these federal district courts.

Supreme: Appeals from decisions rendered by the Fifth Circuit Court of Appeals go to the U.S. Supreme Court or, in some circumstances, the Texas Supreme Court or Texas Court of Criminal Appeals. 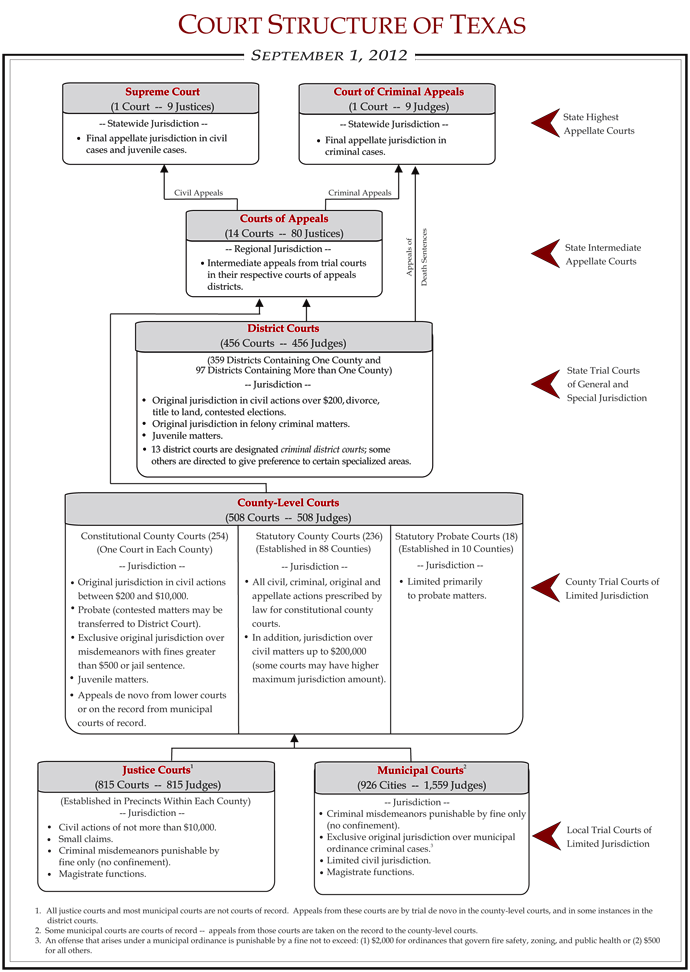